AMARIE
GO BACK
TO MENU

Ritual Union highlights the beauty of authentic eccentricity. The concept revolves around an intimate, offbeat love story that celebrates the union of two lovers as one. Ritual Union: Heart of Gold is a collaborative styled shoot envisioned, directed, and shot by Phoenix based photographer Jamie Allio.

Jamie approached us with an intricately detailed vision for Ritual Union, as a three story series. Ritual Union: Heart of Gold is the first in the three shoot series and is made up of The Bathtub, The Party, and The Ritual. The entirety of the day follows the couple as they revel in the little moments and in the everyday magic of real love. We worked together closely on the Brand Identity Design, which included the logo and brand design for Ritual Union, along with secondary logo marks for the three portions of the series.

To create visuals that encompassed the essence of Ritual Union, we began with a primary logo and wordmark. The art direction for the brand design featured rough textures, rich colors, and a collection of hand drawn illustrations. For each shoot in the series, we designed an illustrative mini logo. The intention for the secondary logo mark designs were to reveal the numerical identity of the shoot in the series. The illustrations for Ritual Union-Heart of Gold feature an anatomical heart made of gold and a golden peony. The singular anatomical heart symbolizes the union of two lovers, while we chose peonies as an omen of good fortune and romance. The three shoots in the Ritual Union series symbolize an aspect of love; Heart of Gold focuses on the mental. Gold was chosen for its symbolism in Hindu culture, representing knowledge, learning, meditation, and mental development. Finally, the color palette of charcoal, black, gold, deep berry, and crimson drew directly from the styling.

The Bathtub “What love looks like behind the scenes–simple but full of emotion.”
The Party – “After getting ready, the couple meets up with their crew.”
The Ritual – “No Rings. No Officiant. Just the couple doing their own thing.” 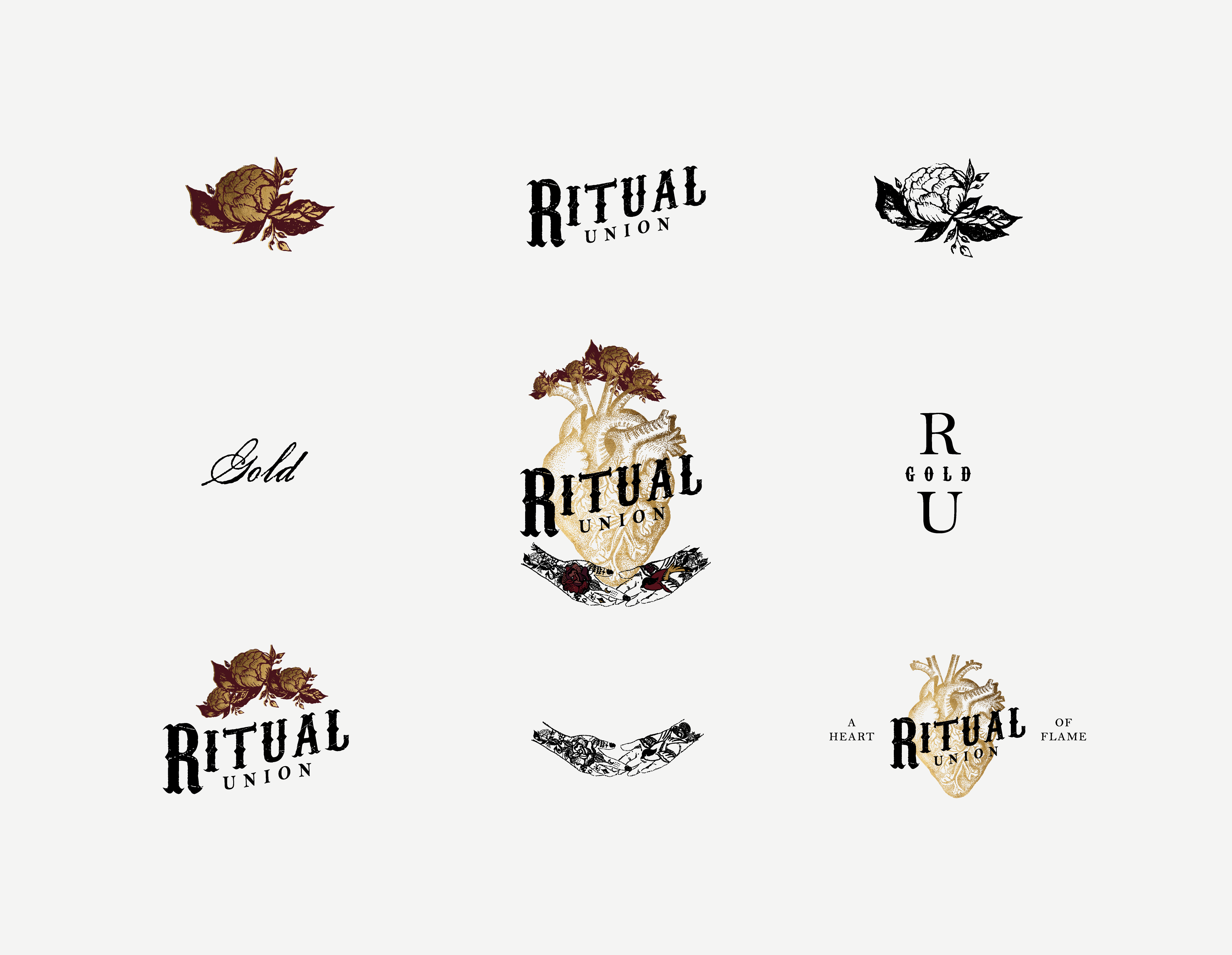 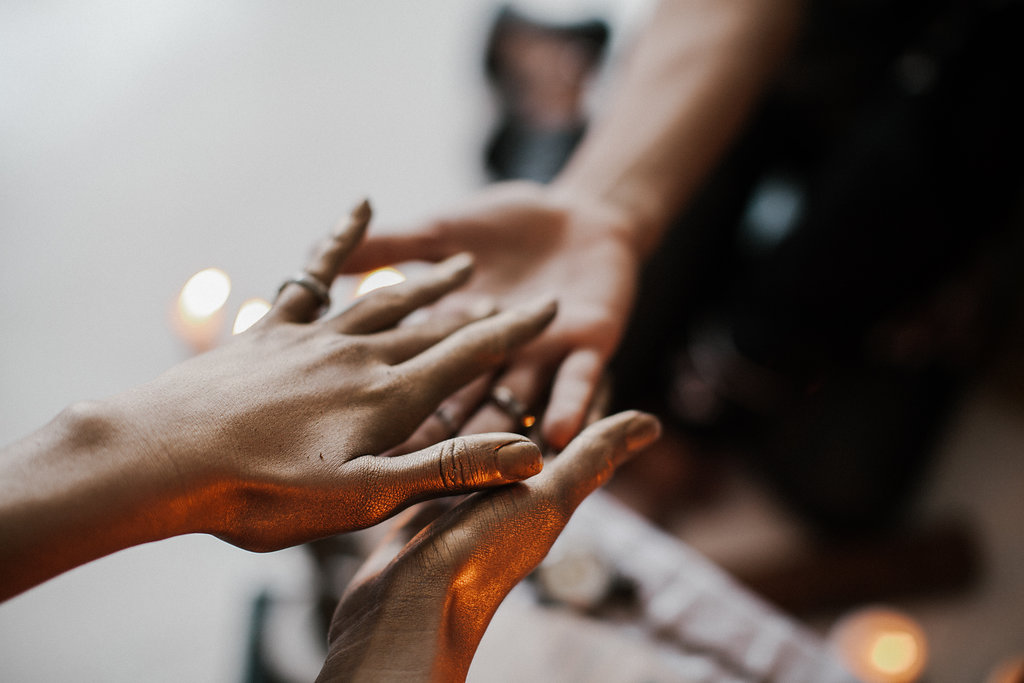 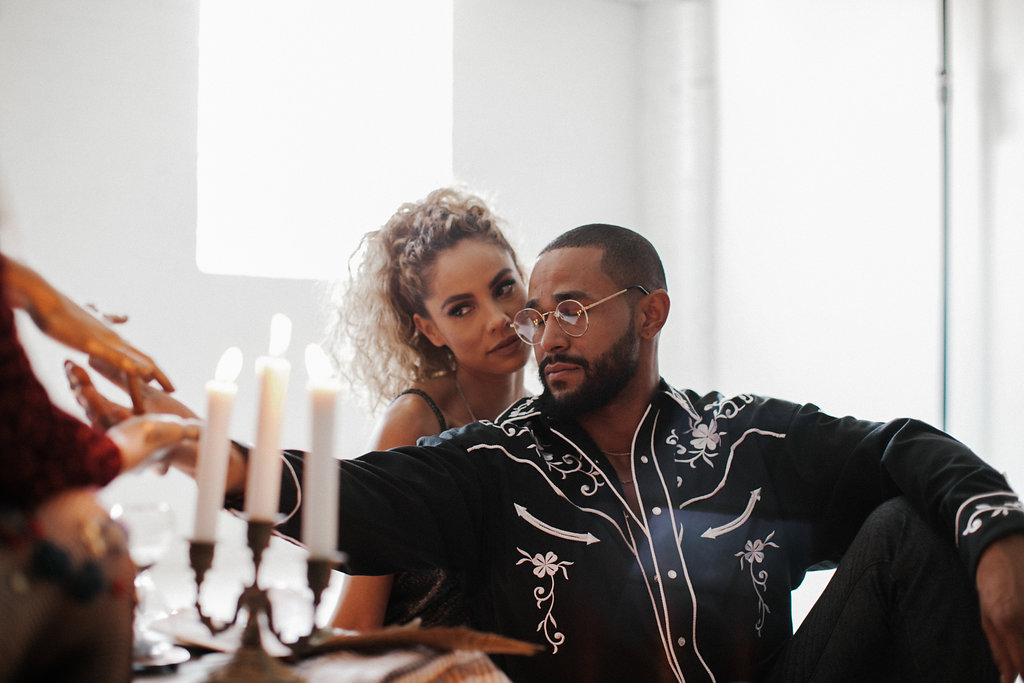 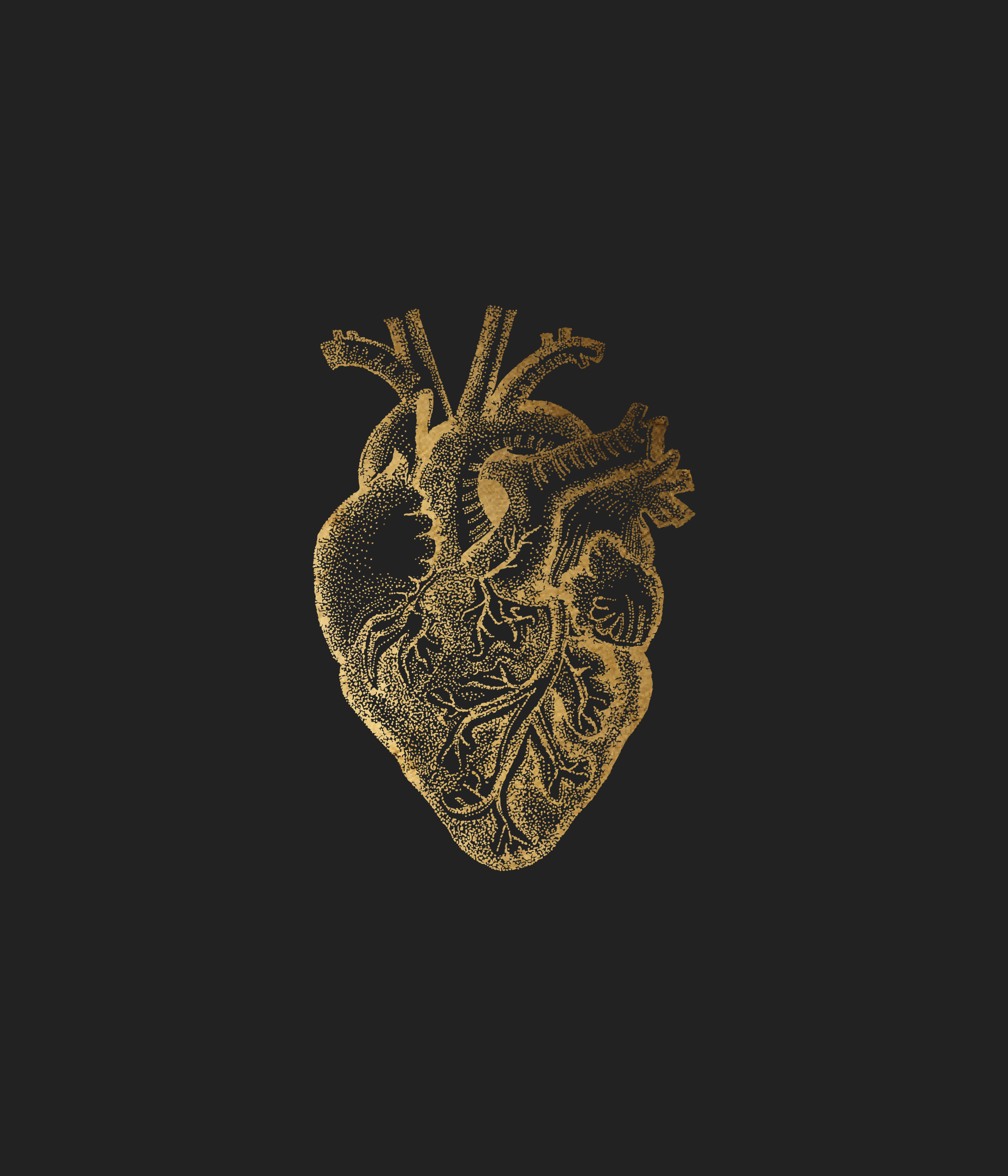 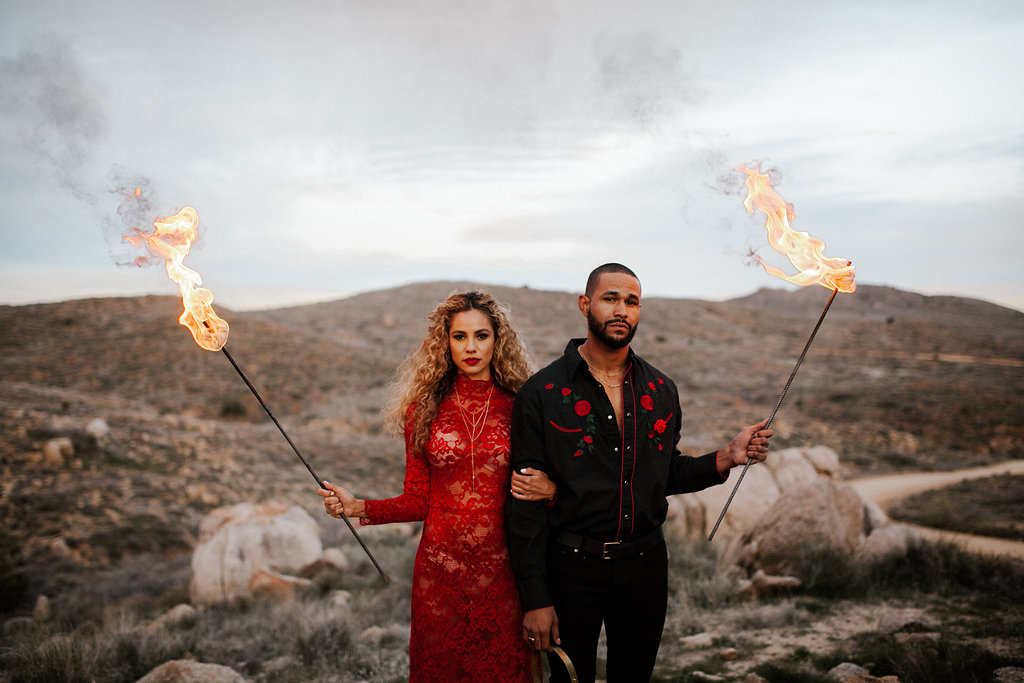 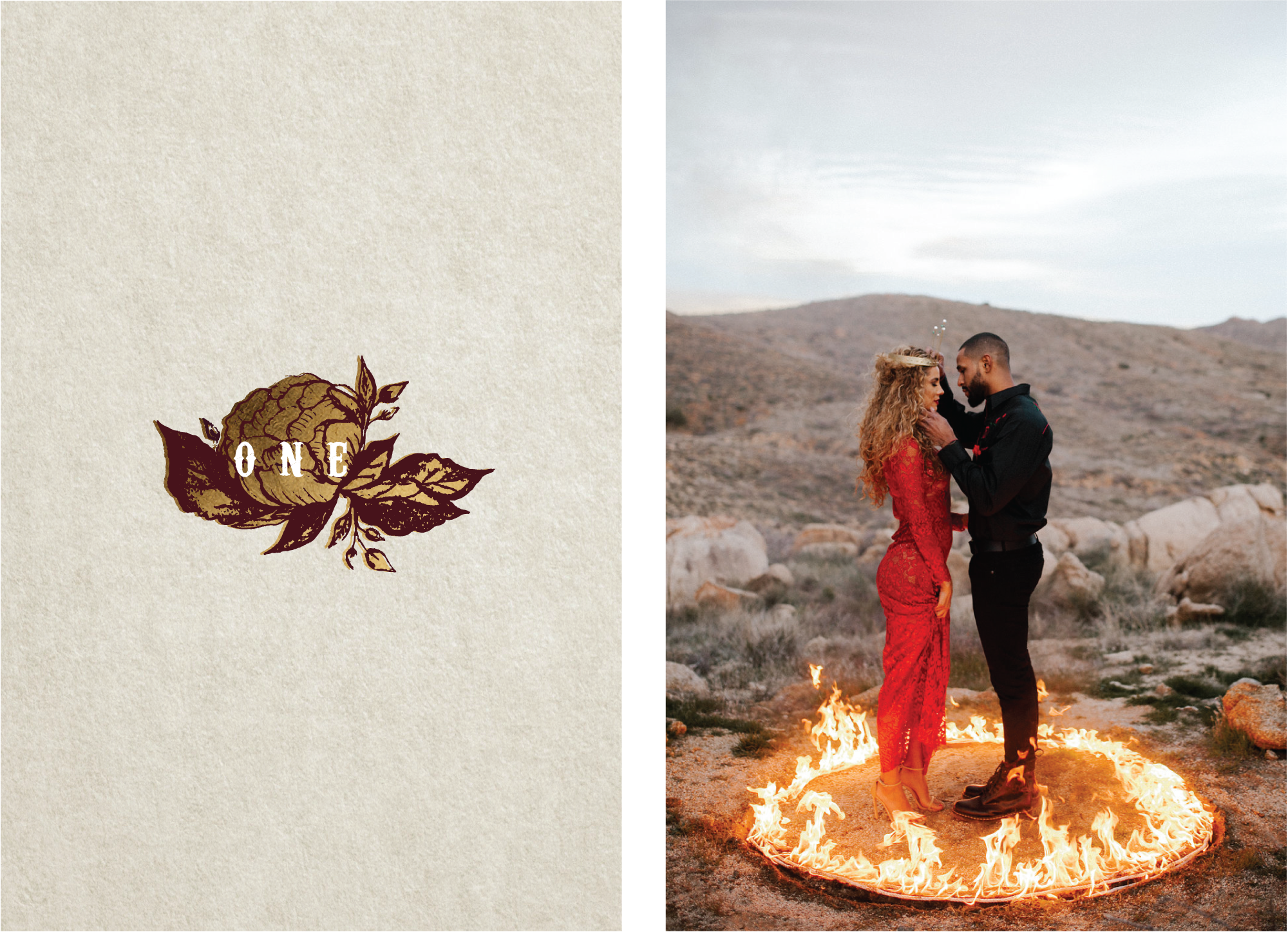 PREV. ITEM NEXT ITEM
You May Also Enjoy
Copper Works Goods Co. Kurouto Kitchenware Levo Wine – SPOT v. 2016
“Made by and for those who carve their own path.

— This end of the year season tends to be a blur

A holiday inspired feast brought together by the e